After just over a month of operation Flickr has ditched the controversial new business venture, which offered the entire collection of it’s user’s Creative Commons-licensed images as wall art, with no cut of the profit given to the photographer. 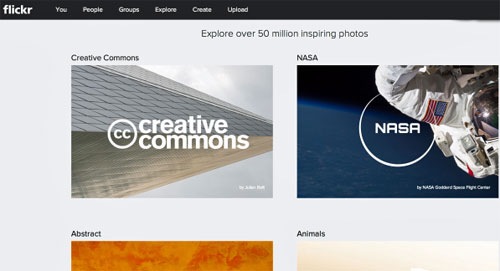 The Yahoo-owned photo-sharing website received a healthy dose of negative feedback from it’s ‘community and beyond’, after it announced all photos uploaded with free commercial-use under a Creative Commons-license were available worldwide for purchase as professional wall art.

The wall art would include a small sticker with the photographers username printed on it for attribution, which some users were apparently fond of – unphased about the lack of monetary compensation.

A collection of images Flickr hand-picked from it’s users is still available as wall art from Flickr’s marketplace. However Flickr approached these photographers for permission, and the photographer receives a 51 percent cut for any of their images sold.

Flickr was legally within its right to sell images as wall art under the Creative Commons license that allowed free commercial use. Most of the photography available under this particular license is produced by hobbyists and amateurs, who would not otherwise see profit for their photography, whereas the remaining images lean toward a professional standard.

But it was a question of business ethics, something spokespeople from 500px and DeviantArt, Flickr’s co-founder and others observed at the time of the initial announcement.