An Iraqi military helicopter carrying aid to Yazidi refugees in the Sinjar mountains crashed on Tuesday, killing the pilot and injuring those on board, including a New York Times journalist and an Australian photographer on assignment for the paper. 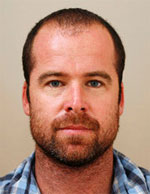 ‘If we had been another 50 metres higher we’d all be dead,’ Australian photographer Adam Ferguson (right) told the NY Times of the near-miss.

The Russian made helicopter was carrying four crew members, at least three other journalists and 20 to 25 Yazidi evacuees, according to the NY Times.

Adam, who escaped with ‘a sore jaw and some minor bumps’, said the aircraft might have been overloaded, which echoes a statement issued by the Iraqi army.

‘The helicopter delivered aid to the people stranded in Sinjar and too many people boarded it and it hit the mountain during take-off,’ the statement read. 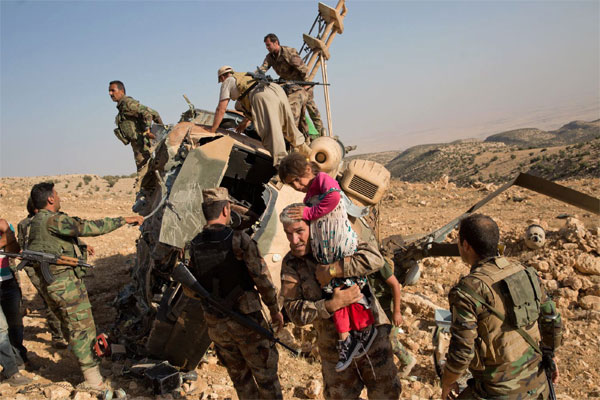 The helicopter crashed shortly after it took off from the remote mountainous region. Picture: Adam Ferguson. Source: The New York Times

Aside from the pilot, there was no other fatalities and shortly after the crash two rescue helicopters took the survivors to safety, according to chief of staff of the president of the Kurdistan region, Fuad Hussein.

The other NY Times journalist on board, Alissa Rubin, allegedly suffered a concussion, a broken wrist and possibly some broken ribs. Freelance photographer, Moises Saman, was also on board, but only sustained minor injuries.

Adam had been in the region for several days documenting the plight of the Yazidi community, who the UN has said are trapped on the mountain by jidahists representing the Islamic State (ISIL).

‘Everyone’s been quite worried about them dying out there on the mountain,’ Adam told the NY Times. ‘Kurdish militia groups teamed up with Yazidi volunteer fighters and they made it possible for many of the people that were stuck to escape.’

This is Adam’s third trip to Iraq since 2012, and he has also covered the conflict in Afghanistan.