Sharon Givoni is an intellectual property lawyer based in Melbourne. She frequently works with photographers, and has written a comprehensive guide for Pro Counter outlining a photographer’s rights when shooting in a public space. 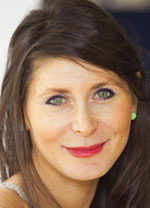 This area of the law is quite vast, so we’ve split the guide into a two parts. Part one outlines the rules in a variety of different environments, while part two delves deeper into why these laws exist.  Sharon’s website features an abundance of articles, resources and guides surrounding intellectual property – her contact details can be found at the end of this article. Over to you, Sharon… 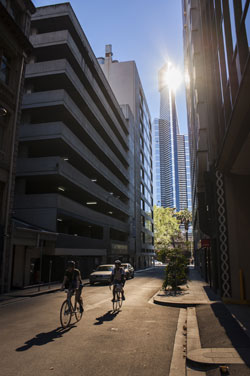 A fine example of street photography that required no permits or release forms. Photo by Paolo Benini Photography

While it is widely assumed that any public place can be freely photographed and filmed, this is in fact far from the truth. If you wish to undertake filming or photography in public, you may need a permit from the appropriate authorities, particularly if you are shooting professionally for commercial purposes.

Ken Duncan, landscape photographer and co-founder of Arts Freedom Australia (AFA) once said: ‘we must be the only country in the world where you could get a criminal record for taking a picture of a rock’.

The ‘rock’ Duncan is referring to is of course Uluru, a heritage site governed by an extensive list of rules, laws and guidelines. Duncan has stated that these rules and restrictions have led to Uluru becoming known as ‘Ulu-rules’ and Kakadu as ‘Kaka-don’t.’

While Duncan may seem to be on the extreme side, he is technically correct. Under the Environment Protection and Biodiversity Conservation Regulations 2000 (Cth), a person who captures an image in a restricted Commonwealth Reserve may be committing a criminal offence.

But Uluru is not the only Australian icon which has strict photography limitations. The legal landscape (excuse the pun!) for Australian photographers involves a myriad of legislation, regulations and conditions. AFA, which represents some of Australia’s photographic associations and freelance photographers, has stated on its website that the laws relating to photography ‘…in some instances deny our local artists the freedom to express their artistic talents in a manner that may make their work distinctly Australian.’

The frustration caused by the move towards regulation and public suspicion was expressed through a 2010 protest organised by Arts Freedom Australia, where hundreds of photographers gathered in Sydney wearing T-Shirts that said ‘I am a photographer, not a criminal.’ 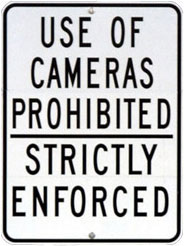 Many photographers feel aggrieved that they need to get permission when taking photographs in public spaces.

For example, Robert Walls, author of photography blog, ‘This photographer’s life’, expressed the view that asking photographers to apply for permission to take photographs is ‘like asking musicians to apply in writing before they can play music,’ a process he describes as ‘guaranteed to stifle’ creativity. Despite this apparent discontent, the reality is that many public spaces are governed by legal regulations stipulating that permission is required – especially for professional photographers. Conditions have even been levied on photography at certain places that also extend to mobile phones. Below are a few examples of the regulations governing photography in some popular locations in Victoria and New South Wales.

Melbourne University
The University of Melbourne has privacy policies (available online) requesting that people obtain consent from subjects of photographs taken on its property. It also requires people wishing to take wedding photographs to obtain a permit at a cost of $200 (as at July 2013).

National Parks
Although generally national parks are crown land, and allocated for public use, it is quite common to obtain a permit in order to take photos, especially for commercial purposes. To use our earlier example, lets look at Uluru-Kata Tjuta National Park.

This image, along with many other smart-phone snaps, did not require a permit. But would a photographer carrying a tripod and dslr need a permit? Photo:Aaron Pitcaithly

The area itself is actually owned by its traditional Aboriginal land owners, the Anangu, who lease it to the Director of National Parks, with terms in place to safeguard Anangu traditions. According to regulation, a permit must be obtained if you intend to photograph for commercial purposes, however no permit is needed when taking photos for personal interest. There are many terms and conditions relating to the taking of and use of photos, and there are many areas within the park where any photography at all is forbidden.

The reason for this is that certain sites and ceremonies within the park are sacred for the Anangu, and can only be viewed by certain people, such as initiated men. They believe that their culture is degraded if certain photos are taken, especially if used for commercial purposes. The regulations also call for permission to be sought before taking any photos of the Anangu people themselves. As Uluru carries religious and cultural significance for the Anangu people, it is reasonable to respect the restrictions on photography.

Regulations can differ from park to park, for more information, visit http://www.environment.gov.au/topics/national-parks

There’s another page!  Click the page numbers below to continue