One of the advantages cloud-based services frequently reel off is that ‘you can always rely on the cloud to back you up’, while physical technology is plagued with malfunctions. Well, that isn’t entirely true. 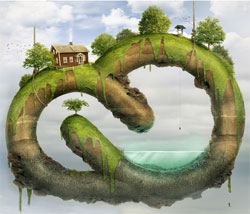 Most photographers use Adobe programs that can only be accessed by Creative Cloud, such as Lightroom and Photoshop.

From the morning of May 15 to May 16 Adobe’s authentication system crashed, leaving some users unable to validate their account, and blocking access to programs.

While much of the software is installed directly onto a PC, Adobe periodically asks to verify details, which requires an internet connection.

Since the support forums were inaccessible as they also require verification, Twitter and Adobe Customer Support appeared to be the only line of communication available.

A portion of users who enjoy Adobe programs reported they were unaffected by the outage, or managed to work around the problem.

Despite the flurry of bad press directed toward Adobe, the problem had no real significant financial impact on their business – that was reserved for the subscribers. Photographer and editor of SLR Lounge, Pye Jirsa, expressed his dissatisfaction with the outage that put a deadline he had with a client in jeopardy. He also highlighted that the software sometimes requires a ‘re-login’, which can be problematic when travelling without an internet connection. (But that’s an issue for another day)

Perhaps the biggest impact was at the UK’s Daily Mail, which could not use Adobe’s Digital Publishing System to publish its online interactive newspaper. That wouldn’t have went down well with its advertisers.

Adobe has released a briefing following the outage stating the failure occurred during ‘database maintenance activity’ and assured it was not ‘security related’.

Last year Adobe moved completely to the cloud-based system, leaving behind singular installations of Creative Suite which previously provided access to programs such as Photoshop, without any further subscription or verification needed.

Technology website CNET did a survey in the wake of the transition that revealed that 76 percent of 1600 Adobe subscribers preferred the Creative Suite products while 10.8 percent would ‘eventually move to Creative Cloud’. They conceded this wasn’t scientific evidence and that Adobe countered that ‘its customer satisfaction research showed such a favourable reaction to the Creative Cloud that it accelerated its shift to the subscription model.’

This is the first widespread hiccup that Adobe has had with Creative Cloud, but would have left those who chose to stay in the stone age with CS6 feeling pretty smug.