It’s not a bird, a plane… or superman – it’s a drone, also known as a Remotely Piloted Aircraft (RPA) or Unmanned Aerial Vehicle (UAV), and the government body responsible for regulating the technology’s use, the Civil Aviation Safety Authority (CASA), is currently reviewing the rules. 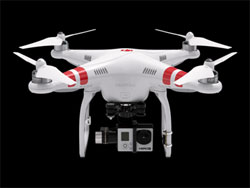 In the past the technology has been mostly associated with military use, but as it became publicly available, Australians – particularly photographers – have embraced drones and the remarkable applications that come with flying an unmanned aircraft.

For instance, drones can capture angles from the sky which have been previously out of reach, and are a far cheaper alternative for aerial photography than, say, a helicopter – fundamentally opening up new artistic possibilities at a manageable price.

‘If we look at the operators certificated with CASA… the vast majority of them are operating small, multi-rotor platforms and are doing it for aerial photography and filming purposes.’

The basic rules outlined by CASA are that commercial drones can only be flown over ‘unpopulated areas’ and no higher than 400ft above ground level’, unless receiving special approval from CASA. They can also be piloted for ‘sport and recreation’, which doesn’t require CASA approval given there is no camera attached and the pilot adheres to the rules just mentioned.

CASA is currently considering new regulations for commercial pilots according to Dr Clothier, who was invited to assist in reviewing the regulation. It’s proposed that drones with a low weight limit won’t be subject to CASA oversight provided the current rules are followed.

Australia is one of the more progressive countries in relation to drone regulation. Many others are still fumbling to figure out an appropriate position on the matter. 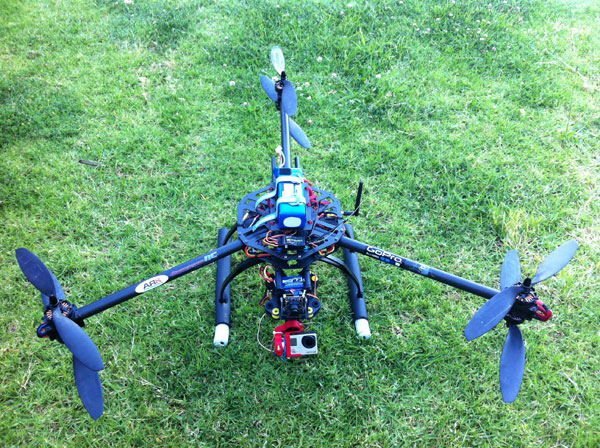 In the US, piloting a drone was ‘illegal’ until March this year, following some bizarre legal findings.

It began when the Federal Aviation Authority (FAA) fined photographer and drone hobbyist, Raphael Pirker, US$10,000 for filming a promotional video via drone at the University of Virginia. He then appealed and won, under the grounds that the FAA never actually created an enforceable rule – rendering commercial drone use legal by default. The FAA has since appealed the appeal.

The US National Park Service took the issue into its own hands last week by banning all use of drones in the photogenic Yosemite National Park. The reasoning was that drones negatively affect: the natural sound-scape; the flora and fauna (such as nesting peregrine falcons); other visitors experience of the park; and can interrupt rescue operations.

But Australia is not without issues when it comes to drone use.

In the space of three days at the beginning of April, two articles surfaced regarding irresponsible drone pilots. 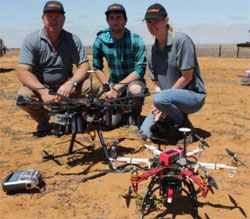 One of these two drones is likely to have struck Mrs Ogden. Source: New Era/Facebook

The Sydney Morning Herald reported that an unmanned aerial imagery company, New Era Ag Tech, was filming a triathlon in Geraldton, Western Australia. While details about the incident are unclear, what is certain is that the drone fell from the sky and struck triathlon contestant Raija Ogden on the head.

‘I have lacerations on my head from the drone and the ambulance crew took a piece of propeller from my head,’ Mrs Ogden told The West Australian. ‘My hair was completely red with blood. I didn’t hit the ground. I sat down because I just thought I was going to pass out.’

A few days earlier, a rescue helicopter, which was returning to base from the John Hunter Hospital in Newcastle, New South Wales, had a near miss with a drone.

‘Even things like birds can damage an aircraft, so to run into the UAV or the drone if you will, you know, that could have been catastrophic,’ crewman of the helicopter service, Glen Ramplin told ABC AM radio. ‘…Not only could it have damaged the aircraft, but could have bought the actual aircraft down and over a residential area, which could be just an untold amount of casualties possibly.’

It is alleged the drone was 1000ft above ground level and it’s likely the offending pilot was a ‘rogue amateur’.

Photographers clearly aren’t the standalone culprits for drone-related accidents, but given the technology’s popularity, taking the time to learn the ins and outs of unmanned aircraft piloting could reduce the associated risks and prevent aggressive regulation in the future.

CASA has been vocal in communicating the responsibilities and dangers with piloting unmanned aircraft.

‘It’s not just a new boom – a very high boom – to put your camera on. It’s actually an aircraft, and photographers have to realise the significant learning curve and obligations that go with that,’ Dr Clothier said. ‘Everyone enjoys safe flights between domestic capitals and the freedoms that air transport brings.’
‘We don’t want to jeopardise that system in any way or jeopardise anyone on the ground. One of the key messages we need to get to the photography community: Don’t treat it like a very big mast – there’s a whole raft of responsibilities and regulations.’

To read more about drones (which CASA refers to as RPA’s) click here.