Despite concerns of a move to dilute copyright protection in Australia, a recent legal precedent should hearten professional photographers and make potential IP thieves understand they aren’t beyond the reach of the law.

The Federal Circuit Court of Australia (formerly Magistrates Court) awarded a total of $23,850 in damages last month to an American photographer, Vincent Tylor, who had his images used without licence on a Melbourne suburban travel agency’s website. 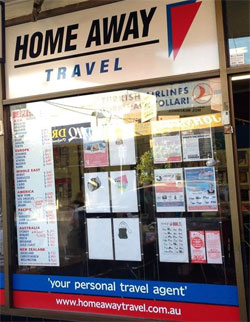 Judge Raphael noted the importance of the case due to it being the first of its kind being heard before a court – despite the frequency with which photographers experience this type of copyright infringement.

The narrative is all too familiar: The Hawaii-based photographer and plaintiff makes a living selling stock photos. The travel agent and defendant, Serpil Sevin, claimed to work exclusively online (despite the fact she appears to have a shopfront) and had hosted Tylor’s work without his permission.

Director of the Australian Copyright Council, professional photographer and AIPP representative Chris Shain submitted an affidavit at the beginning of proceedings which suggested that major search engines pick up images from websites which have legitimately paid a licensing fee. It then becomes accessible to websites which have not paid a licensing fee, creating a breach of copyright. Ignorance may be bliss, but it doesn’t act as a defence to copyright infringement.

When Tylor ran searches of his images, he stumbled upon them being used for promotional purposes on the travel website. After consulting Australian solicitors, who were unable to reach a resolution with Sevin (it’s the web designer’s/art director’s/printer’s fault, I tellsya!), court proceedings followed.

‘There are many people utilising images for which they have no licence, without realising the gravity of the situation, or in many cases, that they do need a licence for an image which they may feel to have been in common use,’ the judge noted. ‘That is not to condone what has occurred.’

This creates a clear precedent for photographers in similar circumstances – and also provides a powerful bargaining chip against uncooperative or stubborn copyright infringers who may attempt to exhaust the photographer’s efforts to reach a resolution.

The fee and damages for using the image equates to US$1850, ‘slightly more than what might have been charged by Getty Images’.

The judge then described the defendant’s conduct as ‘far from exemplary’, by initially shifting the blame to the web designer, failing to apologise and failing to remove the image or negotiate a licence.

Sevin also didn’t bother to appear in court, which partly motivated the judge to include added damages of $12,500. (The conduct of the individual after establishing infringement plays a role in determining damages, so it is worth recording any unprofessional exchanges.)

The rest of the amount awarded was the $9500 Tylor spent in legal fees.

As the AIPP advised in the April edition of The Working Pro; ‘if you find someone has infringed your copyright, send them a letter and refer them to the court case [Tylor v Sevin]. They are much more likely to pay your fee than risk a higher damages award.’

One thought on “Groundbreaking copyright precedent”