It’s happened. Facebook, aka the free marketing platform we have come to know and love, now wants businesses and organisations to pay to engage with their own fans and followers. If you’ve noticed your reach and ‘likes’ declining lately, you’re not alone. 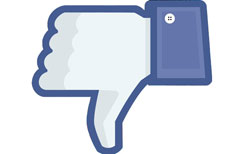 Back in December, the company acknowledged that the reach per post — in other words, how many of your followers see your post in their News Feeds — has declined. Various studies have confirmed this, one showing a drop in reach from 12% of all followers to 6% over the course of 4 months. And, another blog is reporting that reach will decline to just 1% of your total followers eventually.

With the number of friends and pages that each person follows having increased dramatically, they chalk it up to competition and the need for greater relevance. Of the average of 1,500 possible stories (or posts) that are available to show to each person, Facebook selects 300 to post in your News Feed per day. They do this using an algorithm that’s based on clicks, timeliness of the post and a variety of other factors. In essence, your post has a 20% chance of being shown to any one of your fans — less if it’s not what Facebook considers ‘relevant’.

So, what does this all mean for you? At PhotoShelter, we’ve continuously recommended that photographers use Facebook ‘pages’ rather than their personal profiles to promote themselves. And, it’s true that there are still advantages to using pages, including analytics to gauge your return on investment (ROI) and targeted (read: paid) advertising potential. We even have a guide to help you figure it all out. Now more than ever, though, may be the time to re-evaluate your overall social media strategy.

Here’s some tips to get in front of this trend:

1) Be more relevant. Because Facebook uses an algorithm, what the platform considers relevant will always be changing. Not helpful. But, there are some basic guidelines to follow here. First is to know your audience and talk like they do. Post what they like (follow some of them on Facebook to see what kinds of topics, brands and news items they like). If you’re a wedding photographer who also does corporate work, don’t post about both. More than likely you have two different target audiences for your types of work, and sending mixed messages to Facebook’s algorithm will not work in your favour.

Facebook also knows that people like to interact with current/timely articles and announcements. Wonder why you always see birth photos in your feed even from those who you haven’t seen (even on Facebook) in ages? Or, how you learn about the Super Bowl come February even if you’re not a football fan? Connecting your posts to current affairs, even things like #TBT (throw back Thursday) is a signal to Facebook that people might engage more with your content.

Whatever you do, don’t spam your feed. That means posting all day long in the hopes that one of your many posts gets in front of each of your fans. Facebook has caught on to that. They’ve also caught on to “like-baiting” posts such as memes that state “click Like” right on the image or in the status text. 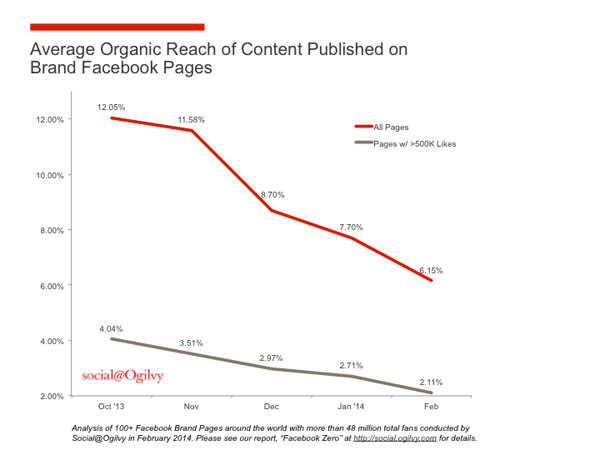 2) Lean on your personal profile for a while. We’ve talked to a few photographers who have reverted back to using their personal profile to post information about their photography and generally see more ‘likes’ and ‘shares’ this way. While you can’t see statistics-wise the reach you’re getting, you can get a sense for whether it’s doing better by posting the same content on your company page (just don’t do this too frequently). You can bet, however, that Facebook will get keen on this strategy and adjust their algorithms accordingly in the not-so-distant future.

3) Experiment with paying to boost posts. The nice thing about advertising on Facebook is that it’s cost effective. ‘Boosting’ posts means you’re paying to reach more people. You can choose whether to do this for people who already follow you (and their friends) or people you choose through targeting. You can spend as low as $5 at a time, and Facebook will tell you approximately what kind of reach you’ll get. Be careful here, though, as some brands (FStoppers for one) have reported an increase in spam via comments and likes when paying to boost posts. This could be because the boosted post is reaching not only your fans/followers, but also your follower’s ‘friends’ who may not be part of your target audience.

4) Look to other platforms. Sure, Facebook is still relevant. If for no other reason than the fact that it has over 1.3 billion users. It’s good for SEO (Google combs Facebook pages) as well. But, it’s not the only game in town. Twitter, for one, has become a lot more visual and photographer-friendly with the introduction of Twitter Cards. Now, you can see images and videos directly in your feed. You can find people who are interested in your work by following relevant hashtags (e.g. #naturephotography) and build a following by interacting with them directly. Instagram is another great platform to engage your fans and followers and works similarly in terms of finding and interacting with people.

As with most marketing tactics, there’s no silver bullet here. The good news is that there are so many more ways to promote your work and get found now than there were ten, or even five, years ago. So many places to get found, especially for photographers, but never enough time to focus everywhere, in fact. What you can do is stay on top of the trends, stop resisting changing your ways and experiment, experiment, experiment. And, don’t forget to watch your metrics. It’s more than likely that you’ll find it’s a combination of things that work. Just don’t stand still!