Canon Australia has purchased Sun Studios, with the studio and equipment rental business continuing on as a part of the Canon Professional division. 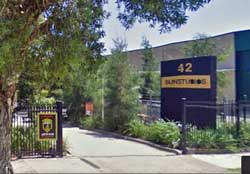 The deal was concluded on April 1. Peter Osborne will stay on in his role as general manager of Sun Studios, reporting to Alan Brightman, manager, Canon Professional Imaging. His partner in Sun Studios, Gary Lord, will also continue under the new ownership.

The Canon Professional Services group has been located at Sun Studios Sydney premises at Maddox St, Alexandria for a couple of years.

Both the Sydney and Melbourne premises move over to Canon ownership, but there will be little outward change to the business, according to Mr Osborne. 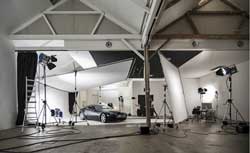 It’s unique in Australia in both size, sophistication, and the range of facilities available.

Sun Studios Melbourne is located in Richmond is a smaller property offering lighting and camera equipment an equipment rental service and three studios for rent.

Sun Studios Sydney and Melbourne have increasingly become a venue for industry events, exhibitions and workshops, with Canon a major client and a strong brand presence. While Sun Studios rents a range of camera gear, it only sells Canon cameras and lenses.

‘For Canon to see the benefit of Sun Studios to its plans is a great thing,’ said Mr Osborne.

He said he expected Canon to use the new capital city venues more as a destination rather than a simple rental and sales outlet for professional photographers, but Sun Studios would ‘still be doing everything we are doing’, including distribution of Broncolor lighting systems.

‘It will be a vehicle for communication with Canon’s client base,’ said Mr Osborne.

Details of the deal were not revealed. Pro Counter approached Canon for comment and was provided with the statement which went out to Canon’s retail partners last week. In it Canon Consumer Imaging director Jason McLean said: ‘This exciting development will allow us to build and grow the local market through enhanced experiences for consumers at the professional and prosumer levels’.

It was reported early last year by websites Canon Rumors and CNet that Canon Australia was intending to open showcase outlets in Australia.

‘A touch-and-try experience centre, along with more personalised service from staff members who are not tied to commission-based wages, may be a way to lure people back into stores,’ CNet’s Lexy Savvides speculated.

Canon responded then that, ‘each Canon sales and marketing company makes decisions independently based on what will offer consumers the best possible Canon experience, and so far in Australia this has been through our local authorised partners.’