Getty Images and AFP have been hit with US$1.2 million in damages and a $400,000 fine for unauthorised use of freelance photographer Daniel Morel’s images of victims of the 2010 Haiti earthquake. 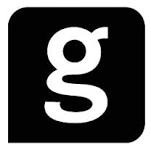 The long-running case is among the first to address whether images that individuals publish on social media sites can be used by a third party for commercial purposes.

‘I hope the internet is going to be a little safer now for all artists, all photographers,’ Daniel Morel told US pro photography website PDN the day after the jury reached its verdict.

Morel also said he took personal satisfaction in defeating the teams of lawyers from AFP and Getty that he has been fighting for nearly four years.

‘That was the most beautiful moment of my life, the look in their faces when they lost. They were so arrogant,’ he said. ‘Those guys [AFP and Getty] knew I was small, and thought there was no way I could sue them, and they took advantage of me. They thought they were untouchable.’

‘We believe that this is the first time that these defendants or any other major digital licensor of photography have been found liable for wilful violations of the Copyright Act,’ Daniel Morel’s lawyer said in an email quoted by news agency Reuters.

US District Judge Alison Nathan, who presided over the trial, also fined Getty and AFP US$400,000 for 16 counts of violating the Digital Millennium Copyright Act.

An editor at AFP discovered Morel’s photos through another Twitter user’s account (the other user had stolen them from Morel) and provided them to Getty. The photos were then widely disseminated to Getty’s clients, including several television networks and The Washington Post.

The US$1.2 million penalty was the maximum available under the Copyright Act, indicating the judge had little sympathy for the defences’ claim that it was all a misunderstanding. AFP had asked for the award to be set at US$120,000.

Joshua Kaufman, a lawyer for AFP, blamed the infringement on an innocent mistake and said the Twitter user who posted Morel’s photos without attribution bore responsibility for the error. The AFP editor, Kaufman said, believed the pictures were posted for public distribution.

AFP actually filed a lawsuit in 2010 against Morel seeking a declaration that it had not infringed on his copyrights, after Morel accused it of improper use.

Prior to the ‘it was all an innocent mistake’ defence, AFP had argued that Twitter’s terms of service permitted the use of the photos. Judge Nathan found in January that the company’s policies allowed posting and re-tweeting of images, but did not grant the right to use them commercially.

‘The internet is our last lifeline to show the world our work,’ Mr Morel told PDN. ‘These people [agencies] are abusing us by selling our work for nothing. The day after the earthquake they were selling my pictures for $4, for $9, and they were saying the pictures were worth nothing. These people really are the enemies of photography.’