Australian distributor PROtog has announced local availability of the Jinbei TR611C TTL flash trigger, compatible with one of the world’s most popular flashes, Canon’s 600EX-RT speedlight, in combination with studio flash. 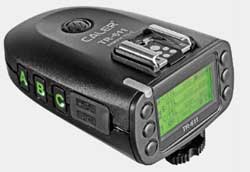 Flash lighting specialist Jinbei is the world’s first manufacturer to develop TTL triggers which natively control combined studio flash and speedlights. Other brands require extra receivers to be attached to the speedlights, adding cost and complexity.

The TR611C trigger is available now for just $119 from Jinbei stockists. There is also a Nikon-compatible version of the trigger for studio flash. 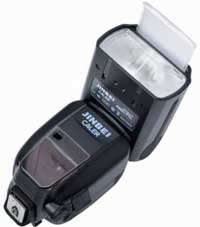 Jinbei has also released the 600C-RT, a speedlight which is compatible with the Canon RT system. While it has similar specs and all the functionality of the 600EX, it is well under half the cost, at just $299. And of course it can also be controlled by the Jinbei TR611C trigger.

The Jinbei 600C-RT is also compatible with the Canon RT Link Wireless Radio system and can be used in multiple flash configuration as either a master or slave. It can  be used in fully manual mode or via TTL metering. The 600C has a high speed sync setting enabling shooting at shutter speeds up to 1/8000 sec.

Click here for a demonstration of the TR611C in action with studio flash and Canon speedlight.