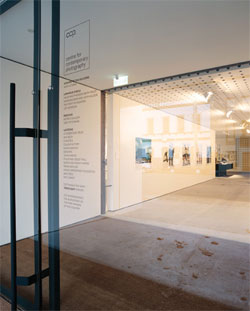 The entrance to CCP and the first of four galleries. Photo: Paul Night.

The cuts are due to the Australia Council losing $60 million from the Federal Government over a four year period.

Both organisations regularly host exhibitions from local and international photographers, and present seminars, workshops and nurture artists within the industry.

‘For the first time in decades. neither of the two leading photography centres will receive funds from the Australia Council, and the field of photography has been left with project-only funding as a possible source for future resource funding,’ John Swainston, industry doyen and former deputy chair of ACP (2003 – 2005) told ProCounter. ‘The ACP and CCP play an important part in their local communities. But just as importantly, they are the stepping-off point for vital international connections that have allowed Australian art to be shown in regional areas around Australia and internationally, most recently growing ties in China.

‘Why photography, the most popular of the visual arts, should lose funding for both of its leading centres of exhibition, teaching and international engagement remains undisclosed.’

Joanna Mendelssohn, associate professor for Art and Design at University of NSW, writing for The Conversation described the photography cuts as ‘utterly inexplicable’.

She questions whether there may be a bias against organisations focussed on one particular medium. Five other organisations with exhibition space devoted to the ‘broad spectrum of contemporary art have (had) their funding continued’.

It still receives some funding through the Council’s VACS Program, and through Creative Victoria.

Director Naomi Cass informed ProCounter that while it’s disappointing to lose the funding and troubling that both organisations have fallen victim to the cuts, the CCP is ‘highly effective in generating income through a variety of sources’.

‘… (this) reflects the excellent relationship with its membership, industry, the community and government agencies,’ she said. ‘Currently CCP generates about 60 percent of turnover, well above the small-to-medium art sector average. We’re positive about the future and there are other avenues through which CCP can apply to the Australia Council, to which I am currently applying!’

For instance this year the CCP celebrates its 30th anniversary, and to coincide with this 70 leading contemporary artists from Australia, New Zealand, Britain and the US have donated work for a CCP fundraising exhibition beginning July 21. Prices range from $150 to $8000, which should cover the funding lost from the Australia Council.

The $28,000 annual cut will not force the organisation to downsize, said Naomi Cass.

In fact she’s certain CCP initiatives will continue to grow. Salon, an open-entry exhibition and photo competition, experienced a 30 percent increase in participants and attendance last year. If this provides any indication of the state of photography in Australia, it appears it’s alive and well – even if the government thinks otherwise. 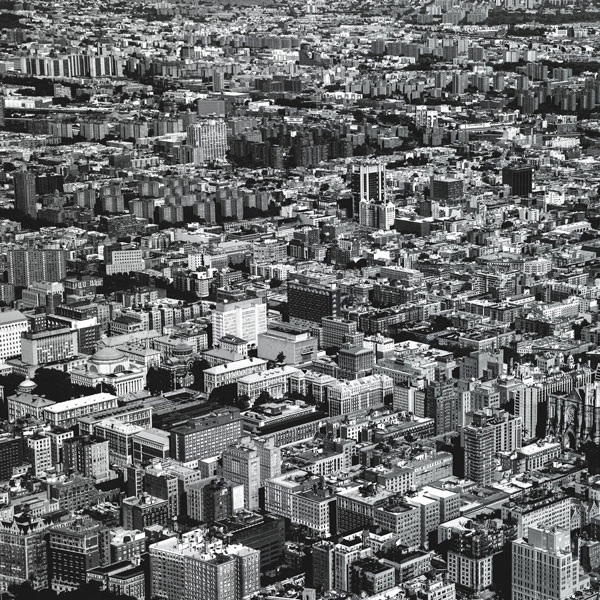 Australia leaps forward, leaving arts in the dust
The Australia Council has been put ‘under extreme pressure’ following Brandis’ redirecting funds, John Swainston said. ‘It’s just a symptom of a much deeper malaise’, and what little funding the arts has had in the past is gradually drying up.

It’s worth noting that some grant recipients – like a Brandis favourite, The Australia Ballet, which will revel at receiving $1 million – were given more than the upper limit for funding.

‘The Australia Council has had to lay off staff – dozens of organisations will now have to consider their ongoing viability. Whether it is performance, music, visual arts or writing, the cuts take an already small sum and make it even smaller.’

Photography makes up a tiny portion of the arts sector which lost funding.

Quarterly Melbourne-based literary journal Meanjin, established in 1940, was knocked back for the first time in 40 years and may now close. Dozens of theatre and performance art groups will also have to make some tough decisions soon. It’s being felt across the entire arts sector.

‘The cuts to Screen Australia of over $40 million, and cuts cumulatively now over $200 million to the ABC, are just further examples,’ said John. ‘It says the arts are not an important part of our priorities – it’s all about the economy! Yet $80 billion of company taxes over 10 years can be cut at the stroke of a pen, reducing the funding resource and narrowing forward spending options.

‘When one sees the actual tax rate that so many large companies actually pay, this is a complete insult…In total we appear to spend less than a third of what our Canadian friends do per head of population. How can this be reasonable?’

Two successive, drastic budget cuts to the arts hasn’t destroyed the sector but has left some long-term wounds. If the government decides to keep this line of policy in place, John speculates Australia will be ‘infinitely weakened as a strong cultural voice globally’.