The winners of the Nikon-Walkley Awards for Excellence in Photojournalism have been announced, with News Corps’ Gary Ramage taking home the title of Press Photographer of the Year, as well as Photo of the Year.

Ramage’s winning photo, Ice Nation, was taken in the emergency department of the Royal Perth Hospital and shows nine staff members struggling to restrain and treat an ice addict. 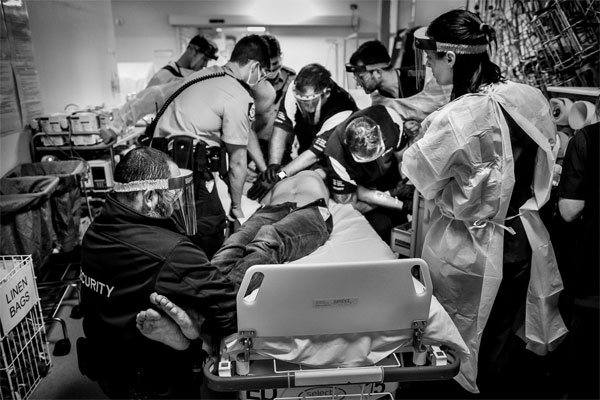 This photo captures ‘Bill’, a young man in the throes of an ice-induced medical emergency. It took nine hospital staff, including full-time security personnel, to restrain the man before he could be treated by a medical crew. Source: Gary Ramage/Walkeys.

‘Ramage’s Photo of the Year captures the confronting reality of one of Australia’s most significant social problems: This is a great action image with social impact beyond the people in the frame,’ the judges’ statement said. ‘While the image is dramatic, Ramage’s dedication to telling this story without stigmatising or judging the drug’s many victims is a credit to his ethics and empathy.’

The photo was taken from a project that had Ramage spend a month on a nationwide investigation photographing the extent of Australia’s amphetamine problem. He visited three emergency departments and photographed addicts, as well as families, loved ones, and the dedicated medical and security professionals at the often violent end of the ice scourge. 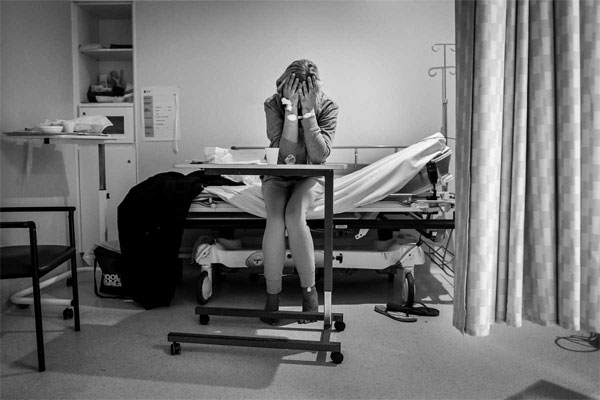 The Emergency Department in St Vincent’s hospital in Melbourne. Ice addict, Angela (not her real name) is treated for her addiction and ill health. Source: Gary Ramage/Walkleys

The Nikon-Walkley Awards, sponsored by Nikon, has 34 category winners in total covering all aspects of journalism including News, Sport, Portraiture, Community/Regional, Photographic Essays, . 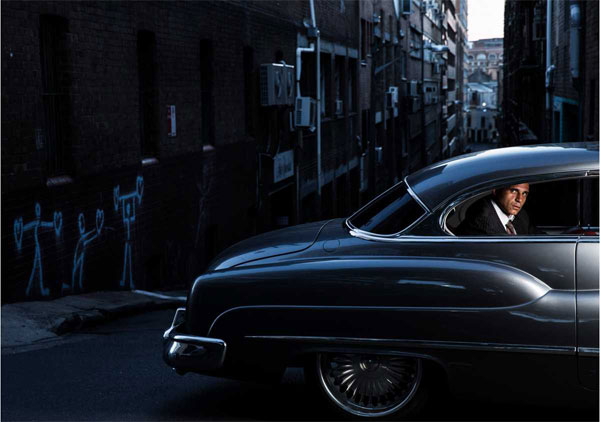 Photographing Houda in one of his beloved vintage cars at dusk in Surry Hills, Walker gives his subject an allure that is slightly cold, tough, and a bit mysterious. Source: Nic Walker/Walkleys

‘When I was doing a headshot of him at the Fairfax Studios for the cover of a Good Weekend story he told me he had a selection of old American muscle cars,’ Walker said. ‘After he started showing me examples of these on his iPhone I suggested we use one of these cars to frame him for a portrait. The car featured in this pic is a 1950 gunmetal grey Chevy.’

The Regional/Community Prize winner is Illawarra Mercury photographer Sylvia Liber, who has a selection of photos which demonstrate ‘understanding, intimacy, and connections with her subjects’.

‘In order to capture that moment, I’ve had to understand my subject and ensure that in return they trust me, which isn’t always an easy thing to do,’ she said. ‘I love the challenge and I love being able to visually document and share my perspective.’ 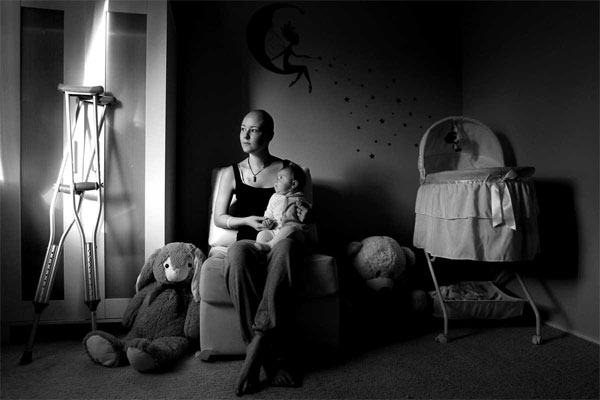 Emma Drummond, an 18­-year-­old mother, diagnosed recently with a rare form of bone cancer. Feeding and soothing her crying baby is very difficult as the cancer has turned Emma’s hip to “chalk” and she relies on crutches. Source: Sylvia Liber/Walkleys.

Sporting photographer Phil Hillyard from The Daily Telegraph won the Sport Photography category for his body of work, which includes the tragic moment of impact which took the life of cricketer Phillip Hughes to a photo of Canterbury Bulldogs Rugby League player David Klemmer ‘letting off some steam’. 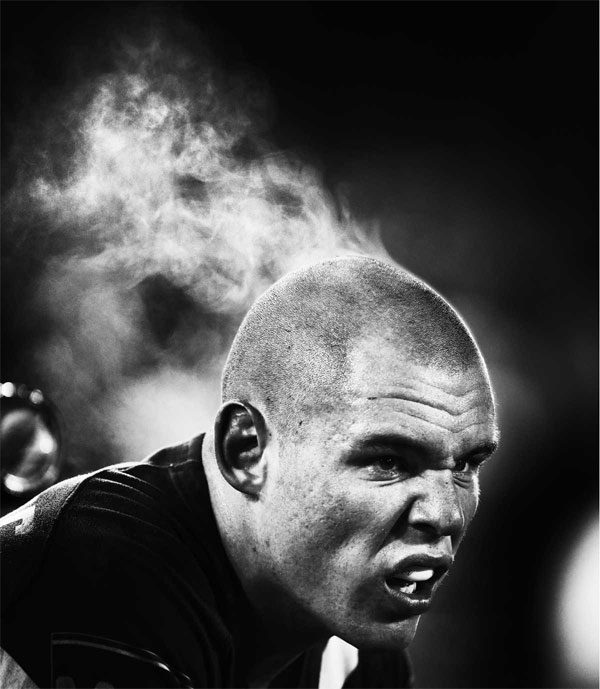 The winning and finalists photos are part of a touring exhibition which opens at Adelaide Festival Centre from December 16 – January 24; and then at the Newcastle Regional Library from Febuary 19 – March 22, 2016.